24NOVEMBER - THE DAY OF STATE FLAG OF TAJIKISTAN!

It is a rectangular panel consisting of three horizontal bands of red (top), white (middle) and green (bottom) in a ratio between widths of 2: 3: 2. In the center of the flag shows a stylized golden crown with a semicircle of seven 5-star end of it.

MEANING OF FLOWERS AND INTERPRETATION SYMBOLISM

While creating a new state symbol of Tajikistan it was followed by the principle of historicism and continuity. Tajikistan flag on their red, white and green color scheme follows the flag of the Tajik SSR. 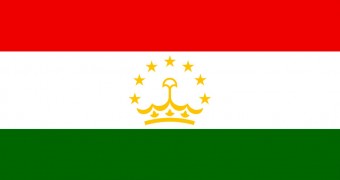 Speeches of President of Republic of Tajikistan